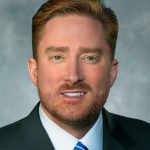 Mark Dunkeson currently serves as Chief Executive Officer of JACK Entertainment (“JACK”), a Cleveland-based urban gaming company which owns and operates casino gaming properties in the Midwest. Mark is an owner and a member of the board of directors.

During Mark’s tenure with JACK that began in 2013, he recently served as the President and Chief Operating Officer for Bedrock Detroit LLC.  Bedrock and its affiliates have invested and committed more than $5.6 billion to acquiring and developing more than 100 properties in downtown Detroit and Cleveland totaling approximately 18 million square feet. In his role, Dunkeson guided the company’s strategic direction, performance and growth, culture and vision, and leadership development.

Dunkeson has spent 30 years in commercial gaming, resort, and hospitality development where he led operations for several multi-property divisions of Red Rock Resorts in Nevada. As Senior Vice President of Operations for the luxury brand division, he oversaw operations of properties including, Red Rock Casino, Resort and Spa, and Green Valley Ranch Resort, Spa and Casino. Prior to that, Dunkeson led and operated seven other gaming properties for Red Rock Resorts and spent five years as their Corporate Vice President of Development, spearheading the company’s expansion initiatives.