JACK Entertainment has partnered with the local non-profit DigitalC, which founded and operates Cleveland’s own high-speed internet provider EmpowerCLE, to aide in its mission to bridge the digital divide by bringing internet connectivity to Cleveland’s most disadvantaged neighborhoods.

As part of JACK Entertainment’s Born Here. Raised Here initiative, this partnership fosters the company’s efforts to support, champion, and bring together the businesses and people of the city in which the gaming company calls home. JACK, founded in Cleveland in 2016, sought out the local non-profit to accomplish this endeavor and will implement an ongoing guest facing campaign as a way to help provide a stable foundation and nurture the next generation born and raised in Cleveland.

“JACK Entertainment is honored to partner with our fellow Cleveland organization, DigitalC, as we work to ensure equal access to educational resources for our city’s next generation,” said Mark Dunkeson, Chief Executive Officer of JACK Entertainment “By introducing DigitalC and its mission to the thousands of guests that enter our property each day, we hope to maximize their impact and serve our community in which we call home.”

JACK Entertainment will offer the opportunity for guests to donate their un-played slot funds to the non-profit with donation boxes placed throughout the gaming floor at JACK Cleveland Casino. Guests can take their slot voucher directly from the slot machine and place it into any of the boxes to donate those funds to DigitalC. Since the start of the COVID-19 pandemic, EmpowerCLE has connected nearly 1,000 Cleveland households to its broadband service in the Cleveland neighborhoods of Central, Clark-Fulton, Fairfax, Glenville, Hough and Woodhill, and all donations collected at the downtown JACK location will go to the continued support of these efforts.

“We’re excited to add JACK Entertainment to our family of corporate sponsors,” said Dorothy Baunach, CEO of DigitalC, “JACK’s fundraising efforts will help close Cleveland’s digital divide for the more than 50,000 households in our city that have absolutely no broadband connection to today’s digital economy.” 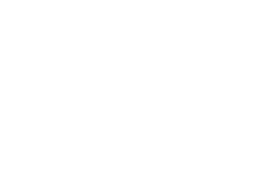