● JACK Entertainment will continue operating the properties and remains committed to investing in JACK Cleveland Casino and JACK Thistledown Racino.

JACK Entertainment LLC (“JACK Entertainment”) today announced that certain of its affiliates have entered into an agreement with VICI Properties (“VICI”), a real estate investment trust, to sell the membership interests of a subsidiary that owns the land and real estate assets of JACK Cleveland Casino and JACK Thistledown Racino for approximately $843 million, pending regulatory approval. VICI will simultaneously enter into a favorable triple-net leased fee agreement with JACK Entertainment who will continue to invest in and operate JACK Cleveland Casino and JACK Thistledown Racino under the same brand and identity the community has known since 2016.

JACK Entertainment has invested more than $700 million into JACK Cleveland Casino and JACK Thistledown Racino since the properties opened in 2012. The company will continue to make further investments to enhance the overall guest experience, which will be announced in more detail at a later date. Going forward, Dan Gilbert, Matt Cullen, Chairman JACK Entertainment, and Mark Dunkeson, Chief Executive Officer JACK Entertainment, along with the existing JACK management team, will continue to lead the organization and will be the primary investors in the ownership group associated with the Cleveland properties.

“JACK Entertainment looks forward to continuing to operate JACK Cleveland Casino and JACK Thistledown Racino,” said Mark Dunkeson, Chief Executive Officer of JACK Entertainment. “The combined efforts of our gaming properties together with the other Cleveland assets operated by our sister companies including the Cavs, Avenue Shops at Tower City and the May Company Building, have created a strong connection to the city and allows us to remain heavily committed to the Cleveland area. We will continue to invest significant capital into these properties which will have a lasting positive impact on the city and Cuyahoga County.”

JACK Entertainment is part of the Rock Family of Companies, which employs nearly 4,500 team members in the greater Cleveland area at Quicken Loans, Bedrock, Cleveland Cavaliers, and Rocket Mortgage FieldHouse. Over the past 10 years, the Rock Family of Companies has continued to increase its investments and commitment to the long-term future of Cleveland. To date, the Family of Companies has invested nearly $2 billion in downtown Cleveland and Cuyahoga County, which includes hundreds of millions of dollars for key civic projects and updates like the Public Square renovation, the landmark Higbee building, the May Company Building and garage, and The Avenue Shops at Tower City.

The transaction is expected to be finalized sometime in early 2020, subject to certain regulatory approvals.

Credit Suisse Securities (USA) LLC and Deutsche Bank Securities Inc. are acting as financial advisors and Paul, Weiss, Rifkind, Wharton & Garrison LLP, Calfee, Halter & Griswold LLP and Honigman LLP are acting as legal advisors to Jack Ohio LLC and certain of its affiliates in connection with the transactions described above. 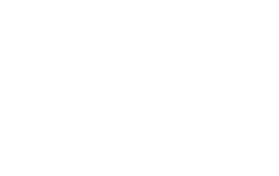