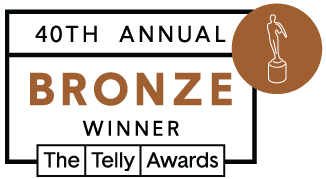 JACK Entertainment is excited to announce that it has been honored with three 2019 Telly Awards for the newly launched JACK Loves Cle commercial. The Cleveland brand received Bronze awards in the categories Travel/Tourism, Use of Music, and Editing in the 40th Anniversary Telly Awards.

The commercial, produced by the California based production company ImageCrew, launched in March of 2019 and features JACK team members from JACK Cleveland Casino and JACK Thistledown Racino as the stars of the campaign from chefs to dealers, slot attendants and valet hosts. Set to the soundtrack of “Cleveland Rocks,” the commercial highlights these team members as they express their love for the city the company calls home.

“We are thrilled that our television campaign focusing on our love for the local community has been recognized on a national level,” said Mark Tricano, senior vice president of operations, Northeast Ohio, for JACK Entertainment. “We are extremely proud of this commercial as it puts our team members, who are the heart and soul of JACK, in the spotlight. Their enthusiasm for the city of Cleveland and JACK creates a genuine message of love.”