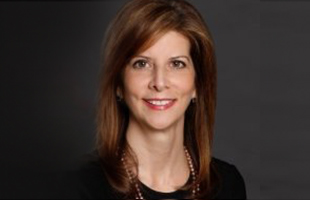 “We are delighted to welcome Alyse and Cynthia to our dynamic leadership team,” said Mark Dunkeson, president and chief operating officer, JACK Entertainment. “These talented women have exceptional backgrounds, experience and skill sets. We are confident that both will contribute significantly to our company’s evolution as a best place to work, premier entertainment destination and technology leader.”

Martinelli earned a Juris Doctorate Degree from Michigan State University College of Law and a Bachelor of Arts Degree in economics from Calvin College in Grand Rapids, Mich. She is a native Detroiter and an active member of the Michigan Women’s Foundation.

Hays is a certified paralegal with more than 15 years of experience in gaming compliance, both as a casino operator and gaming manufacturer. She joins JACK Entertainment from Scientific Games Corporation where she was executive director of global technical operations services, responsible for customer education, technical documentation, end-user training and technical and operational regulatory compliance for gaming and lottery systems. Previously, Hays spent eight years at Harrah’s Entertainment Inc. (now Caesars Entertainment Corp.) specializing in operational, technical and legal compliance. At both companies, she worked closely with regulators to facilitate approvals for technology deployment. Prior to that, she was customer service director at the Flamingo Las Vegas Hotel and Casino where she led the team in the company’s service culture initiatives.

Hays is the recipient of the Great Women in Gaming Proven Leader Award in 2010. She will be relocating to Detroit from the Greater Chicago Area.