Rock Gaming LLC (“Rock Gaming”) announced today the appointment of Mark Tricano to the position of senior vice president of operations-northeast Ohio region. This change is effective Dec. 7, 2015, pending regulatory approvals. In his new role, Tricano will assume the position of general manager at Horseshoe Casino Cleveland, and oversee strategic direction and operations of ThistleDown Racino and the Marriott International-managed Ritz-Carlton Cleveland. Scott Lokke, who is currently senior vice president and general manager of Horseshoe Casino Cleveland, will move to the same position at ThistleDown Racino, reporting to Tricano.

As previously announced, Rock Gaming is transitioning operational responsibilities of its wholly-owned Ohio properties from affiliates of Caesars Entertainment Operating Company, Inc. (“CEOC”), with an expected completion date of mid-2016. CEOC will remain the manager of the Horseshoe and ThistleDown properties until the transition is complete. During this period, Tricano will work in close partnership with Mark Dunkeson, president and COO of Rock Gaming, and John Payne, chief executive officer of CEOC.

“Mark’s broad industry experience and record of success will be instrumental as we transition operations of our Ohio properties,” said Dunkeson. “We will have a powerful team in northeast Ohio with Mark at the helm, dedicated to leading the more than 2,000 exceptional Cleveland-area team members who serve our loyal guests at the highest level.”

“As we transition operational responsibilities of the properties from CEOC to Rock Gaming, we couldn’t be more delighted to welcome Mark to the leadership team,” said Payne. “Mark is a well-respected industry veteran and an excellent addition to the Ohio gaming community.”

Tricano brings more than a decade of commercial gaming and hospitality experience to his new position. He joins Rock Gaming from Station Casinos LLC (“Station”) in Las Vegas, where he was vice president and general manager of the company’s flagship asset, Red Rock Casino, Resort & Spa. In that role, Tricano was responsible for strategic vision and operational oversight of the property. Previous to his career with Station, Tricano spent six years with Caesars Entertainment in a variety of executive leadership roles.

Tricano earned a Bachelor of Science degree from the United States Military Academy at West Point and a Master of Business Administration degree from Vanderbilt University.

Tricano and his family will be relocating from Las Vegas to the Cleveland area. 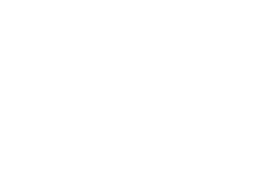