This is the second time this racing season that ThistleDown has increased purses. Now in its 90th racing season, ThistleDown announced earlier this year that purses would be 28 percent higher than in the 2013 season and its famed Ohio Derby would carry a purse of $300,000, triple the size of that purse last year.

“Since the addition of Video Lottery Terminals at ThistleDown, horse racing has seen an increase in fans and wagering,” said Patrick Ellsworth, racing secretary at ThistleDown. “With this latest boost to the purses, we expect even more fan interaction at the track.”

ThistleDown’s 2014 Thoroughbred racing season includes 122 race days and will culminate on November 16. Already this season, higher purses have attracted a wider field and some of the best horses, trainers and jockeys in the country. The storied track also resumed exporting its signal to other racetracks.

A New Era
ThistleDown reopened on April 9, 2013 as a racino following an $89 million renovation that added a gaming floor with more than 1,100 Video Lottery Terminals (VLTs), six dining options, two bars and Ohio’s first gaming patio. Included in the renovation was a $1 million upgrade to the wagering floor, which added more than 150 high-definition, 60-inch, flat screen TVs for horse racing enthusiasts to enjoy both live and year round simulcast racing action.

The addition of VLTs and 24/7 amenities resulted in ThistleDown becoming an entertainment destination on Cleveland’s east side, and subsequently breathed new life into the sport of kings in Northeast Ohio.

ThistleDown also recently announced it will remain in its current location in North Randall, Ohio, which is an eastern suburb of Cleveland. The state of Ohio provided an option for the racetrack to move to the Akron/Canton area, but owners Rock Ohio Caesars ultimately decided that Cuyahoga County was the best location for ThistleDown. 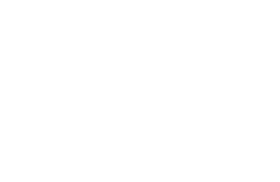