Downtown Cleveland holds a special place in the hearts of many Northeast Ohioans. Some of the most visceral stories include riding the Rapid to go shopping at Higbee’s, lunch at the Woolworth’s counter and ice skating on Public Square amid the smell of roasted nuts wafting from Morrow’s Nut House. But as local residents reminisce about the past, there is also much to celebrate in the present as the revitalization of Cleveland continues.

To align the city center’s bustling past with its thriving present, Horseshoe Casino Cleveland has launched a multi-media campaign called ‘Then and Now.’ The promotion, which runs through Horseshoe’s second anniversary in May, urges Clevelanders – adults of all ages, near and far – to share fond personal memories and photos of living, working and playing in downtown Cleveland. Participants are also encouraged to share accounts and photos of their current favorite downtown hot spots and activities.

Participation is free; story and photo submissions will be accepted online until 5 p.m. on May 16 at www.horseshoecleveland.com/thenandnow. All entrants (adults age 21 and over) who submit a story will be entered to win a share of $10,000 in prizes from Horseshoe Cleveland.

Marcus Glover, general manager of Horseshoe Cleveland, said the campaign was inspired by stories shared by many of the nearly 10 million guests who have visited the casino since it opened in May 2012 inside the former Higbee Department Store on Public Square.

“On a daily basis, our guests tell us that just walking into our casino induces a rush of fond downtown memories,” he said. “‘Then & Now’ is our way of sharing those memories and unearthing new ones, while proving that Cleveland’s heyday is not just a thing of the past.”

Downtown’s Renaissance
Horseshoe Casino is just one of the many new developments adding to downtown Cleveland’s renaissance. In recent years, more than $2.7 billion has been invested in downtown Cleveland through significant projects such as the Cleveland Convention Center and The Global Center for Health Innovation. And more major public and private projects are in the works, such as reinventing Public Square and further reactivating the Flats’ east bank.

In addition, downtown’s residential population has doubled in the last five years, with more than 10,000 people now living in the heart of the city. New developments coupled with a rising downtown population have resulted in a more vibrant city further energized by top-notch restaurants, activities for all ages and a nightlife scene that is unmatched in many cities of similar size.

“There is a renewed excitement in Downtown Cleveland that continues to gain momentum,” said David Gilbert, president and CEO of Positively Cleveland. “Cleveland has world-renowned arts and culture, one-of-a-kind attractions and a nationally recognized culinary scene that makes the city a terrific place to live, visit, work and play, now and for years to come.“

Join the Fun
Horseshoe’s Then and Now promotion is a fun way to relive Cleveland’s illustrious past while encouraging the public to tell the story of the city’s present and future. Adults age 21 and over are invited to submit memories, photos and current favorite downtown hot spots at www.horseshoecleveland.com/thenandnow. Horseshoe will share many of these stories and images on its Facebook page and through its Twitter feed, (@HorseshoeCLE). The promotion ends May 16. A complete set of rules and promotion information can be found on the submission website. 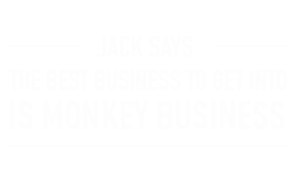