ThistleDown Racino will launch its 90th season of Thoroughbred racing on April 18 with race day purses totaling $100,000, the highest purses have ever been at this classic track.

ThistleDown’s 2014 racing season will include 122 race days and will culminate on November 16. As in previous years, ThistleDown’s premium race of the season will be the Ohio Derby on July 19. The 2014 Ohio Derby purse has been tripled to $300,000 this year, which is expected to draw a wider field of horses and trainers from across the country.

“The Ohio Derby has been ThistleDown’s signature event for decades,” said Rick Skinner, general manager of ThistleDown. “We wanted to restore this race to its former glory by significantly increasing the purse, which provides for a more prestigious race and elevates Northeast Ohio’s spot on the racing map.”

A New Era
ThistleDown reopened on April 9, 2013 as a racino following an $89 million renovation that added a gaming floor with more than 1,000 Video Lottery Terminals (VLTs), six dining options, two bars and Ohio’s first gaming patio. Included in the renovation was a $1 million upgrade to the wagering floor, which added more than 150 high-definition, 60-inch, flat screen TVs for horse racing enthusiasts to enjoy both live and year round simulcast racing action.

The addition of VLTs and 24/7 amenities resulted in ThistleDown becoming an entertainment destination on Cleveland’s east side, and subsequently breathed new life into the sport of kings in Northeast Ohio. Under a statewide agreement, horsemen receive a portion of VLT revenue, which has resulted in a 28 percent increase in purse sizes in just one season.

As a result, horse racing insiders are taking notice. ThistleDown has received requests from across the country from owners who want to stable, train and race horses at the storied race track. Among the notable new faces to stall horses at ThistleDown are Bill Beamer of West Virginia and Butch Marshall of Florida.

“We were already seeing a renewed interest in horse racing and younger generations are discovering it for the first time,” Skinner said. “We expect the atmosphere at ThistleDown to be even more exciting this racing season both on and off the track.”

Summer of Fun
A host of activities return to the ThistleDown apron every Saturday this season as part of ThistleDown’s Summer of Fun. ThistleDown’s all-ages race track, apron and grandstand are conveniently connected to the (21 and over) gaming area, so fans of all ages can participate in numerous activities while watching the horses as they thunder around one of the nation’s best tracks. Event highlights for the Summer of Fun include:

All VLTs and events on the gaming floor are restricted to adults 21 and over. 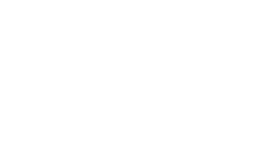