In the six months since Horseshoe Casino Cincinnati opened its doors, nearly 2.7 million people have gambled, dined and caught a live show at the Tri-State’s newest entertainment destination. “Introducing the Horseshoe brand and this dynamically programmed property to the Cincinnati community over the past 180 days has been an exciting opportunity for our team,” said Kevin Kline, Horseshoe Cincinnati senior vice president and general manager. “Over the next six months we will continue to focus on surprising and delighting new and returning guests with some of the best food, entertainment, gaming and poker action the Tri-State has ever seen.”

Kline said that foot traffic and ticket sales have been positive indicators of the casino’s early popularity, but the true measurement of the property’s appeal and long-term momentum has been customer feedback. “Our guests have granted the Horseshoe Cincinnati team with the highest customer service scores at a new property company-wide,” he said. “This entire team has taken to heart our pledge to ‘make it right’ and provide legendary service to every guest who visits, and I am extremely proud of each and every one of them.” Ninety-two percent of the casino’s workforce is from the Greater Cincinnati area.

Kline commended his 1,700-member casino workforce for their strong commitment to the Cincinnati community. Horseshoe workers have volunteered more than 300 hours with local organizations that align with the casino’s five pillars of philanthropic focus: The Arts, Workforce Development, Veterans, Community Development & Wellness and Environmental & Community Sustainability. Horseshoe Cincinnati has also developed strong partnerships with nearby attractions, as well as business development and tourism groups through more than $450,000 in sponsorships. The casino also has pledged more than $65,000 in cash and in-kind donations to support various non-profits .

“The developers of Horseshoe Cincinnati made a commitment early on that the casino would build upon Cincinnati’s growing vibrancy,” said Dan Lincoln, president of CincinnatiUSA Convention & Visitors Bureau. “The leadership team has been fully engaged as a leading hospitality partner to move our city forward. At this six-month mark, Horseshoe has delivered,” he said. Through August, Lincoln cited downtown hotel occupancy trending one percent higher compared to the same period in 2012.

“And we’re kicking off the second-half of our first year with a bang,” Kline said. Tonight, ventriloquist/comedian Jeff Dunham will perform and ‘Fight Night,’ a 10-bout professional boxing match will come to the casino on Saturday, Sept. 7. Both events are being held at The Shoe, a one-acre outdoor entertainment venue at the casino’s main entrance which debuted in May with a sold-out crowd for The Killers. The Shoe will conclude a 19-week summer concert series this month with Darius Rucker (Sept. 14), Jane’s Addiction (Sept. 17), Weezer (Sept. 20) and Earth Wind and Fire (Sept. 22).

Horseshoe Cincinnati also offers live entertainment indoors at The Pavilion, a dynamic 33,000 sq. ft. multi-purpose space located on the second level of the casino which was designed to support the best in entertainment, meetings, and events. Last April The Pavilion hosted comedian Joel McHale and international opera group Il Divo, and Horseshoe recently announced upcoming comedy performances here by Penn & Teller (Oct. 11) and Amy Schumer (Jan. 4). In addition to these live shows, The Pavilion has hosted more than 185 meetings and special events in its first six months.

Horseshoe Cincinnati will also be the first casino in the State of Ohio to host a World Series of Poker Circuit Event (WSOPC) in September. The 12-day tournament is expected to draw more than 8,000 novice and professional poker players from the Tri-State Area and beyond to compete for one of 12 coveted WSOPC gold rings. Registration for the tournament, with buy-ins ranging from $365-$1,675 opens at 8 p.m. on Sept. 18 and play begins at noon on Sept. 19. 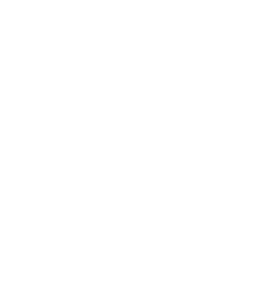